New guitar pop EP by John Dredge and The Plinths out today!

Today we release a new EP of guitar pop songs for the bewildered…
John Dredge & The Plinths - The Plinthsmania EP!
'Idiots Run The World' is the new and incontestably truthful lead track from John Dredge and The Plinths - it's the perfect encapsulation of the world today, where "self-serving politicians lead the way into chaos and corruption". The accompanying video, created by the award winning Popaisy Design, sees John Dredge taking over from world figures including Donald Trump, Kim Jong-un, Boris Johnson and that bloke whose entire family came into the room while he was on BBC News.
It's out now as part of 'The Plinthsmania EP', the very third release from the band after their debut 'Emergency EP' and recent 'Pancake Day' single which was championed by Paul Ross and Iain Lee on Talk Radio. Other songs deal with the need for nostalgia, the easy answers of social media, and there’s also a tribute to John Le Carre.
Anyone who thinks this EP will not bring about a change in government is just not being optimistic enough.
The EP is available on iTunes, Amazon, and all download sites, as well as directly from the band via their Bandcamp site.
Video: https://www.youtube.com/watch?v=FAkkH2qT0wU&feature=youtu.be
Bandcamp: https://johndredgetheplinths.bandcamp.com/…/the-plinthsmani…
'Sounding great! I love breezy pop!' - Danny Baker
'Highly recommended for lovers of power pop and hummable ditties' Louder Than War
'Great!' Alan McGee
'Fishy fishy fish fish!' - Boris Johnson
Posted by John Dredge at 07:19 No comments:

RECENTLY REDISCOVERED EXCERPT FROM AN UNFINISHED BOOK BY ENID BLYTON

One morning The Secret Seven were all playing in Peter’s front garden.

‘This is fun’ said Peter, ‘but it’s a shame there don’t seem to be any mysteries around to solve at the moment.’

‘That is mysterious’ said Colin.

‘Let’s keep an eye out for anything unusual,’ said Vera.

‘What about that car?’ said Janet, who had noticed a car.

‘Yes and look at the man in the front seat’ said Noreen. ‘He looks even more ordinary!

The Secret Seven hid behind the garden fence as, slowly but surely, a very ordinary looking man emerged from the car, changed what appeared to be a flat tyre, got back in, and drove away.

‘That was mysteriously ordinary,’ exclaimed Peter.

‘Perhaps we should go to the police,’ said Norman.

‘No, but we’ll have a secret meeting in the shed first thing tomorrow morning!’ exclaimed Peter even more exclamatorially. ‘It all seems very peculiar indeed!’

The next day’s meeting was full of excitement, although you’d be forgiven for thinking it wasn’t.

‘Look at Scamper!’ said Norman, ‘he’s sitting there just like a dog!’

Everyone laughed at this hilariously appropriate observation, which took at least half an hour to recover from.

‘Now what shall we do about the mystery of the ordinary car?’ said Peter, sounding awfully important.

‘I’ve just thought of something!’ exclaimed Janet, sounding even more important and even more awful.

‘What have you thought of?’ said Norman.

‘Don’t worry Janet, it was a jolly good idea to have a good idea,’ said Peter.

‘Why don’t we go back to where we were yesterday and see if the car comes back?’ said Vera.

Agreeing that this was another good idea, they went front into the back garden, realised their mistake, and went back into the front garden.  They waited and waited.  Suddenly, four days later, they heard something approaching.

‘Shhh, stop exclaiming!’ said Peter, ‘You’ll give us away!’

‘What do you mean?’ exclaimed Peter.

‘You’re always exclaiming!’ said Vera, ‘You did it again there!’

‘Now is not the time to argue about who exclaims and who doesn't,’ interjected Janet.

‘Calm down all of you!’ said Colin, thankful for a line of dialogue. ‘Let’s keep quiet and see what happens next.’

The sound of the car got nearer and nearer and then finally it drove into view.

‘It’s a completely different car to the other one we saw,’ said Peter, trying not to exclaim.

And then as quickly as it had arrived, the car vanished into the distance.

‘Good idea,’ said Peter.  ‘And perhaps they can help discover just exactly what is going on!’

I have booked my first stand-up gig for the end of the month. Five minutes.  Need to keep going over the material.  I guess it gets easier the more you do it.  Not particularly looking forward to it, especially as the show ends so late.  Oh well.
Posted by John Dredge at 01:30 No comments:

I am starting to learn my five minutes of standup material.  Learning material is extremely dull. How people learn hours of it I have no idea.  I have settled on a ‘miserable bastard’ persona which suits me well.  The material consists of one-liners mixed with some fairly personal stuff, which I think is the best way to go.  It’s a bit weird because all the other comedy I have done has been surreal and escapist – this is rooted in reality, something I‘ve never been very keen on.  However, that is what seems to come out when writing for standup so what will be will be will be (will be).  Everything is stacked against you when starting out in standup and I recall Harry Hill saying ‘those first gigs are the most difficult you will ever do.’  Who knows how it will go?  Soon enough, I will know.

Am going to try stand-up comedy.  I’ve been doing a class in sketch and character comedy and we did a live show which went well, but in the UK there aren’t a lot of outlets for that sort of thing anymore and I feel I need to adapt.  It’s not something I’m naturally drawn to so I’m going to have to work at it.  I’ve got five minutes of material together – who knows how good it is?  The only way to find out is to go and do it and then change it accordingly.  I also have a shocking memory for remembering lines so that’s something else I need to work on.  Anyway, it’s now or never.  I need to learn the material before I can do anything else so that’s the next step.

I’m not young – and I have a day job which takes up a lot of time and energy so it’s not going to be easy.  I don’t have a wife or kids so that pressure’s not there, which is good.  I have been doing comedy in some form all my life – podcasts, community radio shows, videos, and a double act with fellow silly person Andy Harland.  However with stand-up you can only rely on yourself, which has advantages and disadvantages.
Perhaps in writing this blog other people in a similar position might find it interesting and possibly useful.  It will also hopefully keep me on track.  Am going to document what happens on social media.  That's the idea anyway.

Today’s blog is all about polevaulting. What is it? What was it? And why is it?

Polevaulting was invented during the war by acclaimed inventor Professor G. Tukesby.  On discovering that by mistake one evening he had invented a long pole, he was at a loss as to how it could be of value.  It was only when he was chased by a goat the next day and used it to vault over a fence that he sensed a way forward and ultimately, a way upward.  He discussed the situation with a neighbour in his local bar the following Monday.  ‘A bar!’ he allegedly exclaimed. ‘They could vault over a bar!’   Tukesby went away and that night created the very first ‘polevaulting bar.’  Anxious to use it, the Professor and his neighbour began polevaulting in the front garden, and before long a crowd had assembled, all eager to have a go.

Since then polevaulting competitions (and contests) have been held in places as far afield as Cambridgeshire, Londonshire and The Isle of Manshire.  Nowadays it is rare to attend any dinner party without a quick polevaulting spree in the garden afterwards.  In his book Polevaulting And You, Reg Chipforks points out that poles should be made of aluminium or fibreglass, and that poles made of plasticine or string are nowhere near as effective.  He also advises the use of the outdoors when attempting to polevault, rather than a kitchen or laundromat.

Attributes such as speed, agility and strength are useful in polevaulting, although cheating and skulduggery are possibly even more important.   In modern competitions, NH denotes ‘No Height’ when a vaulter has failed, and NPC denotes ‘No Point Continuing’ when a competitor has died. During a longer game, marks may be awarded for longitude, although a certain amount of latitude can be given (up to 4%).  If a pole is broken during a competition the pole is said to be ‘broken’ and a ‘mender’ is called.

Unlike the high jump, polevaulting is unlike the high jump.  It is similarly nothing like the wide jump and only a buffoon would confuse it with the far jump.  It is also not true that all pole-vaulters emit a foul stench.  This was a rumour which originated from The Anti-Polevaulting League in the mid-eighties.  This organisation is now defunct, as are the mid-eighties.

The popularity of polevaulting is now widespread, and enjoyed by people, animals, harpists, tramps, nuns, oligarchs, hobgoblins and the obese.  Why not give it a try today?

I've been doing a lot of weird drawing so here is some of them. 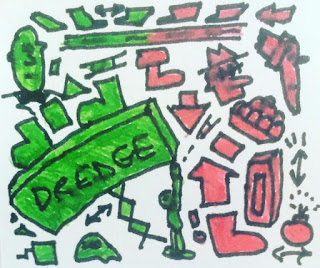 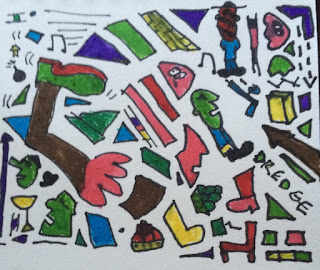 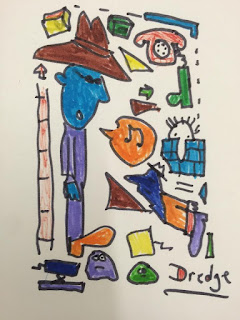 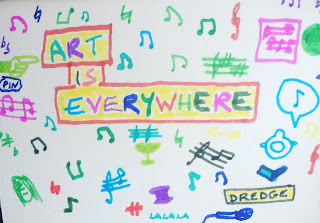