Musician cancels tour due to lack of songs 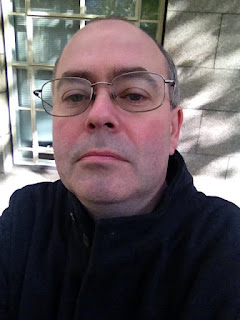 John Dredge’s extensive tour of Frinton has been cancelled at the last minute because he ‘hasn’t got any songs.’ The self-styled ‘singer-songwriter’ was all set to tour with his backing band, The Plinths, when he realised that no songs had in fact been written. His management came up with a plan to do covers instead but John refused, saying this ‘lacked credibility.’ His management replied that this was better than ‘lacking any music at all.’ However Dredge has decided to remain in situ until further notice.

This sort of behaviour is not uncommon with musicians of course, as only yesterday Morrissey cancelled a concert in Southampton as the promoter had ‘heard of meat.’ Allegedly this has resulted in a new song which includes the lines, ‘Heard of meat/herd of cows/brown cow/how soon is now?’
Posted by John Dredge at 06:41 1 comment: